1976.
Noomi Kovacs—an overeager graduate of the LeCarre Institute for Exceptional Spies (L.I.E.S)—has just landed her first job at Penderbrook Motors’ Division of Outside Intelligence. Confined to an office and underestimated by her gruff supervisor—a disgraced former government agent named Turn—Noomi will have to exploit her colleagues and surroundings to help further her dream of becoming a globetrotting secret agent. Once in the field, Noomi and Turn begin to realize that their company’s dogged pursuit of their rivals extend to something far more sinister than “healthy competition” and the two will be forced to reconsider the paths they’ve chosen. Lying, blackmail, and emotional manipulation will become Noomi and Turn’s greatest assets as they make their way through…The Low Road.

Set in the world of the 1970s automobile industry, The Low Road is a point-and-click graphic adventure game which follows a team of corporate spies dedicated to the protection (and appropriation) of game-changing industry secrets. Sporting a unique visual style inspired by gouache paintings and a pulsating rock and roll score, "The Low Road" will captivate players through intricate puzzles, branching moral dilemmas, and a quirky cast of memorable characters.

XGen Studios is an independently owned and operated game developer of several award-winning titles on consoles, mobile platforms and the web. Established in 2001 and located in Edmonton Canada, we're a team of passionate creative people, united by a desire to create the type of games we wish existed. We're excited by emerging technologies and the new experiences these make possible.

Since 2001, XGen Studios has released 14 internally-developed titles for consoles, mobile and the web, including the #1-selling hit Defend Your Castle for Nintendo’s WiiWare™ Service and Day-1 PS4™ title Super Motherload.

During the production of The Low Road, XGen’s Founder and CEO, Skye Boyes, passed away. The Low Road is dedicated to Skye for the inspiration, leadership and friendship he brought to the XGen team. 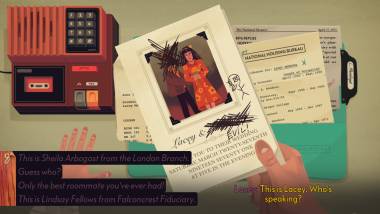 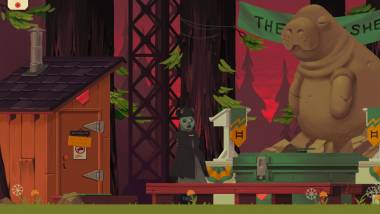