From the developers of NeuroVoider, ScourgeBringer is a fast-paced free-moving roguelite platformer.

Set in a post-apocalyptic world where a mysterious entity wreaked havoc on all humanity, ScourgeBringer puts you in the shoes of the deadliest warrior of her clan: Kyhra. Help her to explore the unknown and slash her way through ancient machines guarding the seal of her past, and maybe the redemption of humanity.

ScourgeBringer is being made with the help of the community!

You can follow its development through our weekly newsletter, or join our Discord. 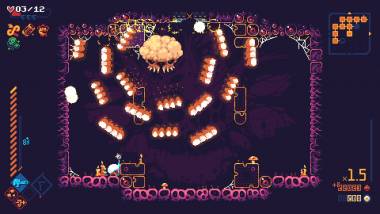 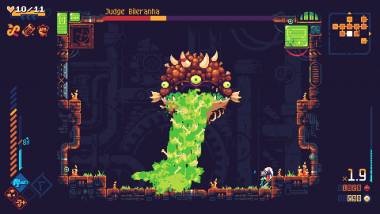