Have you ever wanted to be the massive raid boss, smacking heroes around with your awesome powers? Be it a multi-headed dragon spewing fire or an arcane entity wielding the power to tear down worlds, Nemesis Realms got you covered!

Grab your VR headset, throw your buddies some controllers and let the battle begin! In Nemesis Realms you hop into the shoes of a gigantic boss monster and face dashing heroes trying to save the day. The game is a local multiplayer where you duel 1v1 or invite up to four heroes to this fight for fame.
Nemesis Realms features a familiar setting from its prequel, Nemesis Perspective, and adds two brand new worlds with their own unique mechanics and quirks. Play hands on or wield the arcane arts, no two bosses are the same. From magical mountain tops to glimmering astral planes, Nemesis Realms offers something you can only experience in VR. 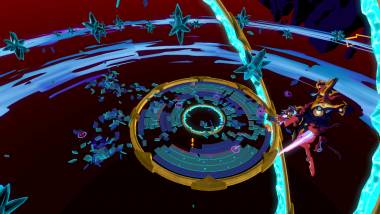 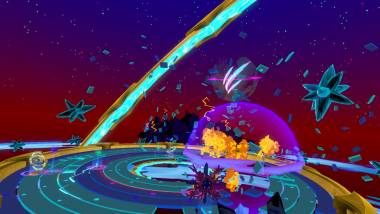