Lupus in Fabula is an adventure game with lite puzzle elements set in medieval/Renaissance world.

The game follows two characters, controlled one at a time, caught in Flemish Renaissance mixed with glitched medieval times as a result of failed magickal transport.
Now the unfortunate duo must escape a series of dungeons while being threatened by ungainly bestiary populating the world around them. At all times they are under scrutiny by an alien duo, one with likeness of a French Philosopher Voltaire and the other as Venetian Renaissance painter Tiziano, besides a common Raven, who appears to take great interest into the plight of the Hero and his friend.

The game has a total of 21 levels, the first twenty being self sufficient dungeons of various lengths.
The final level takes place in a village possessed by the 'evil shaggy one', where the whole story comes to a final wrap.

The story, characters and places are heavily influenced with everything from images of 'Lost in Space', 'Black Adder' or 'Monty Python' to words from the likes of 'Gargantua & Pentagruel' & 'Decameron' and strokes from painters like Pieter Brueghel, Van Eyck coupled with medieval superstitions, scriptural references and bestiary catalogs. 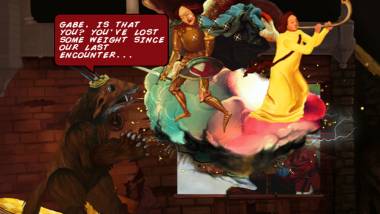 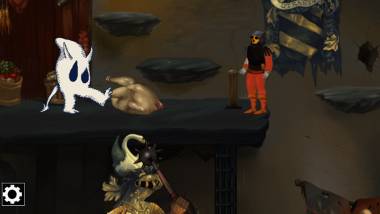