In Alphabear, you spell words by selecting letters on a grid. When you use letters that are adjacent to each other, bears appear! The more letters you use, the bigger the bear gets, and the more points you earn! When your score is high enough, you'll also win a bear for your permanent collection. These bears can be used as powerups in future games! They increase the points you earn, extend your timer, increase or decrease the frequency with which letters appear on the game board, and more. And your bears "learn" from the words you use in-game and will repeat them back to you in unexpectedly witty and horrible ways. ;-)

Alphabear is the recipient of the inaugural Google Play Award for "Best Standout Indie" in 2016, Gamezebo's best mobile game of 2015, and a Game Developers Choice Runner Up award for "Best Mobile Game" in 2015. We've been asked by thousands of players for a premium, pay-once version, and we hope this fits the bill! 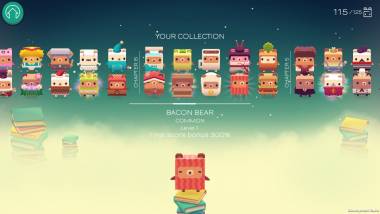 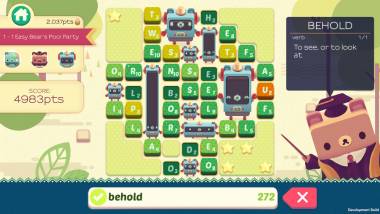